The Blue Grotto, a must-see destination between mystery and history 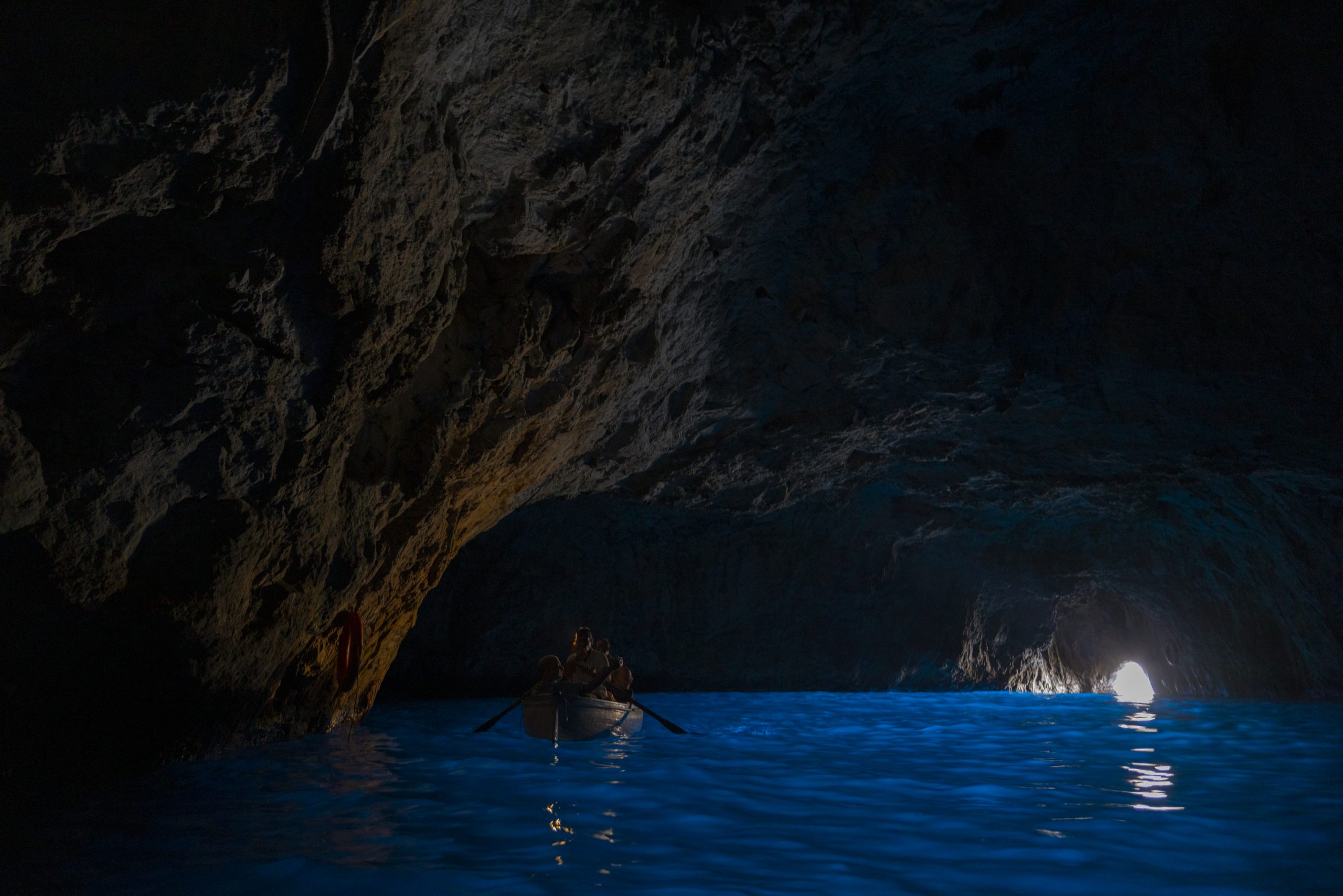 Two meters wide and just one meter high. Just small rowboats can enter it, unless you want to try and swim into it – which is nevertheless prohibited.

Experienced sailors have you lay on the bottom of the boat, which they literally drag through the cave’s small mouth by pulling chaines nailed into the rocks.

As you get into it everything is swallowed by darkness. Then, all of a sudden the spectacle of the bright azure colour of the water takes the stage.

Once inside, three connecting passageways at the back of the main hall lead to the ‘Room of Names’, named after the graffiti visitors left over the centuries. Two more passageways lead deeper into the internal cliffs of the island, and are said to be leading straight to the Emperor’s villa. Which one remains unknown.

It can be either the most famous Villa Jovis built on the top of Mount Tiberius, or Villa Damecuta in Anacapri or another villa erected on the northern coastline of the island known as Palazzo a Mare.

However, the path connecting the Blue Grotto to any of these villas has not been discovered yet and it might never be as it might not even exist. The mystery remains unsolved, and this is what makes this cave even more fascinating.

For many centuries, in fact, sailors jus avoided entering it as they believe it was dwelled by demons and spirits. It was only in 1826 that a local fisherman, Angelo Ferraro, the German author August Kopisch and the painter Ernst Fries decided to enter the cave.

The tales about the marvels they saw inside it marked the beginning of whast would have soon become one of the most renowned must-see destinations in the whole world.

In fact, the play of light and colours that takes place inside it is quite unique. The intense blue of water is due to the sunlight entering through an underwater opening which is positioned exactly under the cave’s mouth. As the light hits the water, the red frequencies are filtered out, while only the blue ones make through it producing the intense colour the cave is famous for.

The experience of the Blue Grotto is somethng so special that even locals can never get used to it. Don’t miss it!!!

5 reasons why choosing Villa Marina as a Holiday Destination 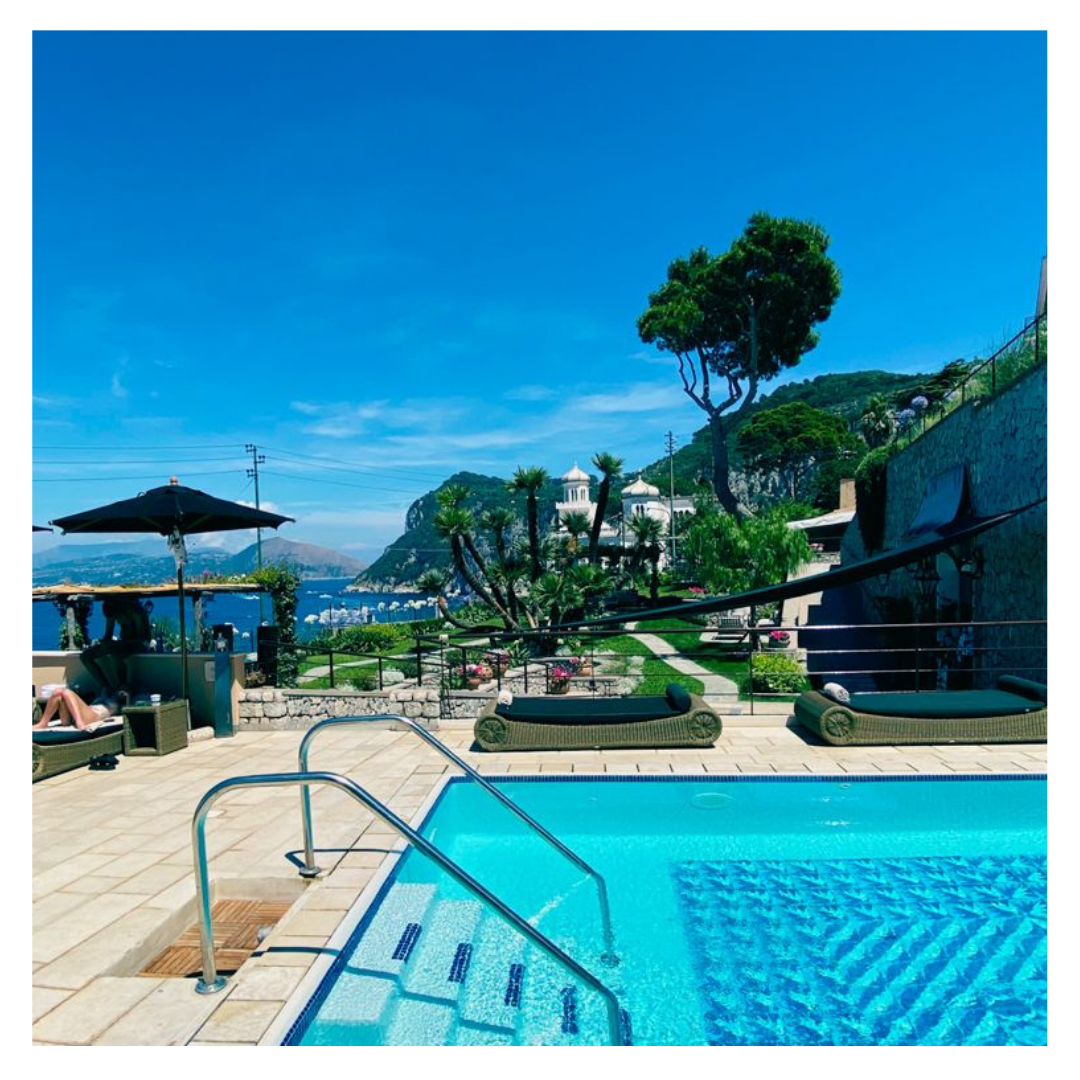 Capri in June. The best holiday ever! At Villa Marina of course… 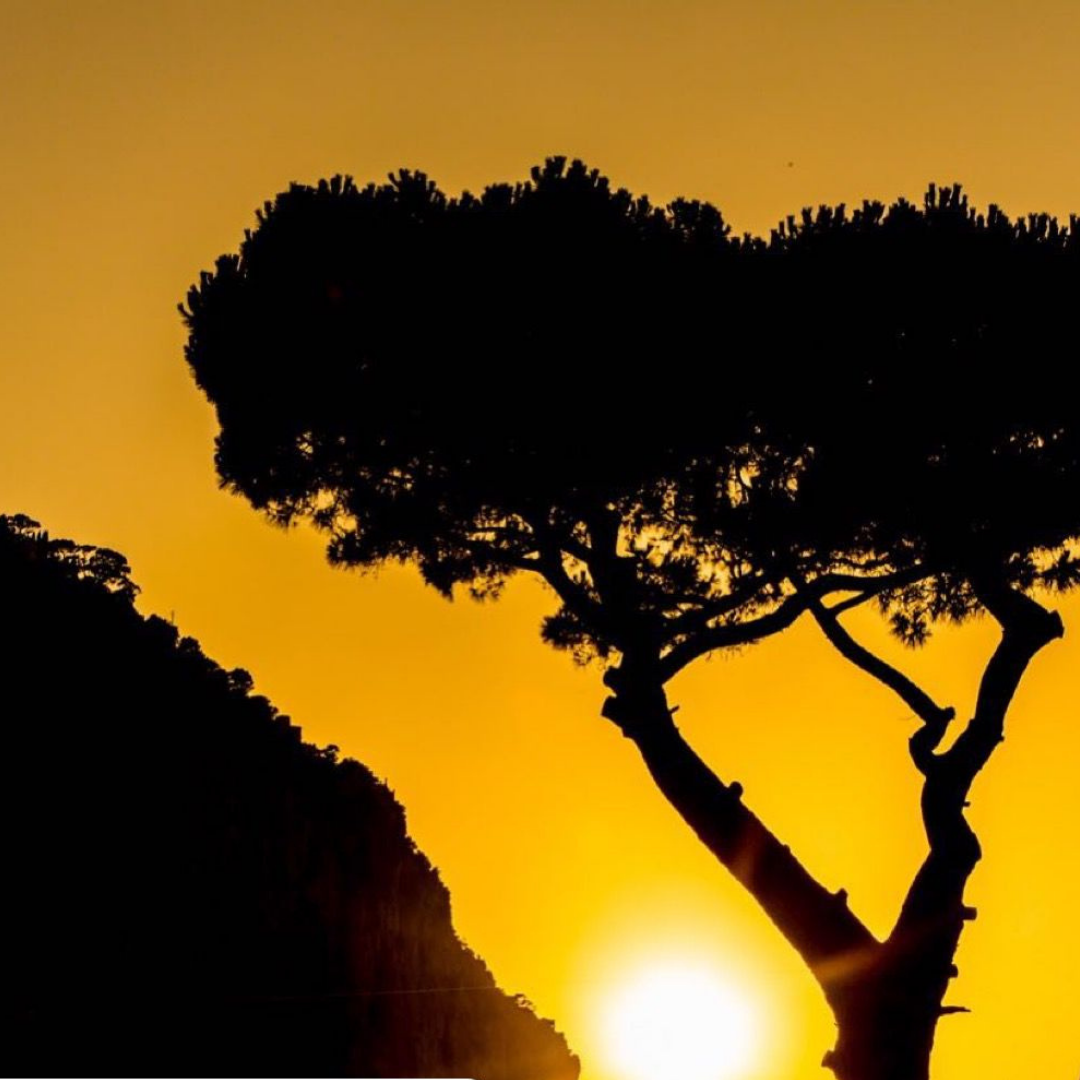