Perry. A marvellous suite named after a great woman 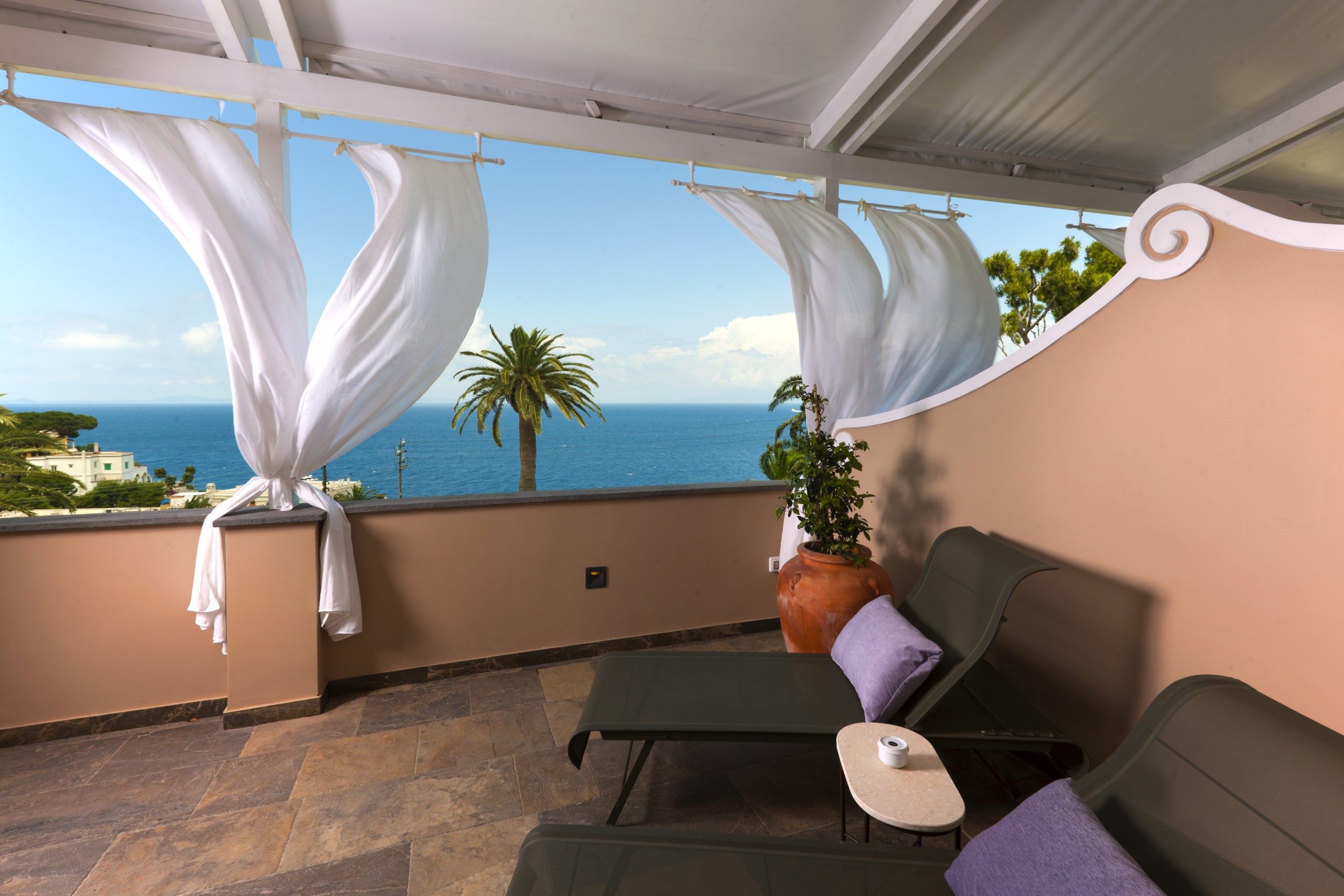 A One Bedroom Suite with a large terrace overlooking the Bay of Naples and the Sorrento coast. Original, local architecture whose arches and vaults have the taste of a time when Capri Island was the refuge for those who wanted to life the life they could not live in their mother lands.

One of such great personalities was Kate Perry. An artist, a rebel, the champion on women freedom.

Kate Perry was the only daughter of Colonel Perry, a military man. She lost her mother at a very young age and was forced to live with her father in several military facilities, thus receiving a rigid education that did not suite to a young woman.

After she sold part of a property she owned and closed the commercial activities she ran in Iowa, Katie moved to Europe with the inseparable Saidee Wolcott, in search of a place to settle down.

Saidee Wolcott and Kate Perry were distantly related. Saidee, in fact, was 14 years younger than Kate. When Saidee’s mother died in poverty in 1860, Kate ‘adopted’ Saidee. To sanction this union the two women decided to join their two surnames and became known as Wolcott-Perry.

The two arrived in Capri in 1897 where they remained for the rest of their lives.

During their first visit to Capri in 1897, Kate Perry and Saidee Wolcott stayed at the Hotel Continental.

The place was not far from where they would subsequently buy a piece of land. A small building topped with domes was there. The rebuilding and extension of the villa, named ‘Villa Torricella’, was carried out by the famous master-builder Marziale Desiderio and completed in 1902. The building, defined by Edwin Cerio a ‘luxuriant, gruff residence’ was a mix of many different architectural languages.

Such an eclectic language shaped the building’s Moorish towers, the small, circular neoclassical temple and its grooved Corinthian columns. The latter were vaguely reminiscent of the Temple of Vesta, and were built following the suggestion of Count Jacques d’Adesward Fersen.

Kate lived here for many years with her inseparable Saidee . The two women very rarely left Capri, where both of them died – the former in 1924, the latter in 1917. The villa soon became the place where intellectuals and artists used to gather. A venue for evening receptions and Sunday teas – as Compton Mackenzie recounted in his two novels featuring the two ‘sisters’.

In April 1913, the Wolcott-Perry sisters gave a memorable evening dinner party to celebrate the return to Capri of their very dear friend, count Jacques Fersen, who had been exiled some four years earlier.

Perhaps in a gesture of affectionate exchanging, in October he took them with him on a long journey in South-East Asia and Japan.