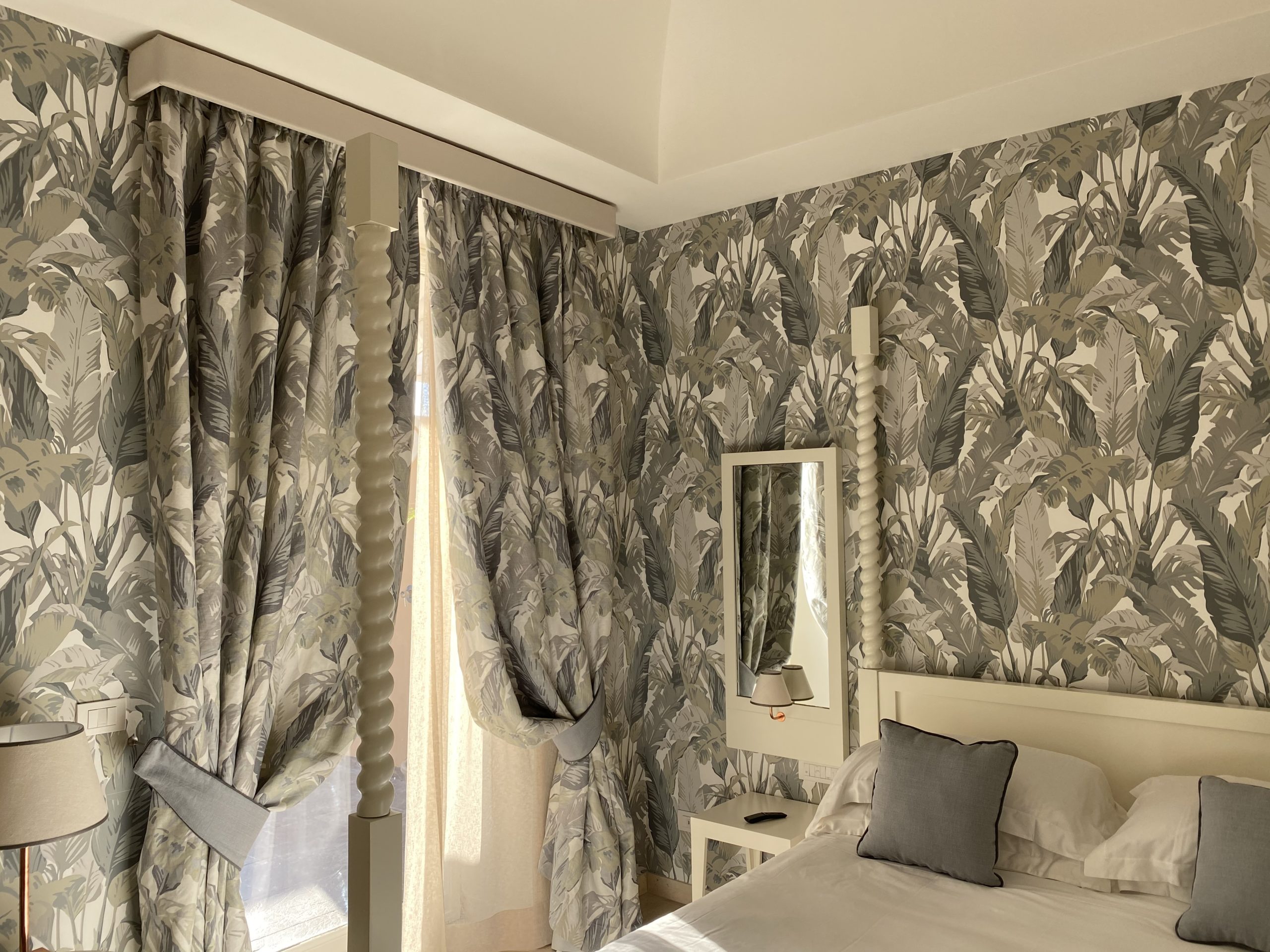 La Bella Carmelina, one of our newly refurbished rooms. We wanted to name this special room after one of the more fascinating personalities that made Capri island renowned all around the world.

Who La Bella Carmelina was? What made her so famous so famous?

Not even the island of Capri managed to escape the attraction of the tarantella. The island, instead, became one of the strongholds of this artistic form of expression.

Capri’s first professional ballerina began performing in 1903, at the age of 14. Daughter to a local fisherman, Carmelina enchanted tourists playing a tambourine  and dancing. She started performing in the cafes during the early XX century, becoming a real attraction.

A victim of her own legend, she fell into a deep depression once her beauty began to fade. This led her to commit suicide.

She was born on the mount Tiberio, where the Emperor Tiberius had it famous villa built. The legend has it that she was a descendent of the emperor himself.

Having spent her childhood on a farm, her bond with the Tiberio area grew stronger and stronger. She was not only the first tarantella performer. She was also a sort of official teller of the story of the Salto di Tiberio. That is to say, the cliff where, it is said, the Emperor had “men and women who were not to his liking” hurled down into the sea.

Her narration was so convincing that she even managed to persuade Norman Douglas (one of Tiberius’ leading defenders, who spent his life trying to restore the emperor’s reputation) that the story might be true.

When Carmelina committed suicide jumping from the balcony of her house, many people claimed it was Tiberius who had killed her, as he had become far too irritated by the terrible tales she had been telling about him.