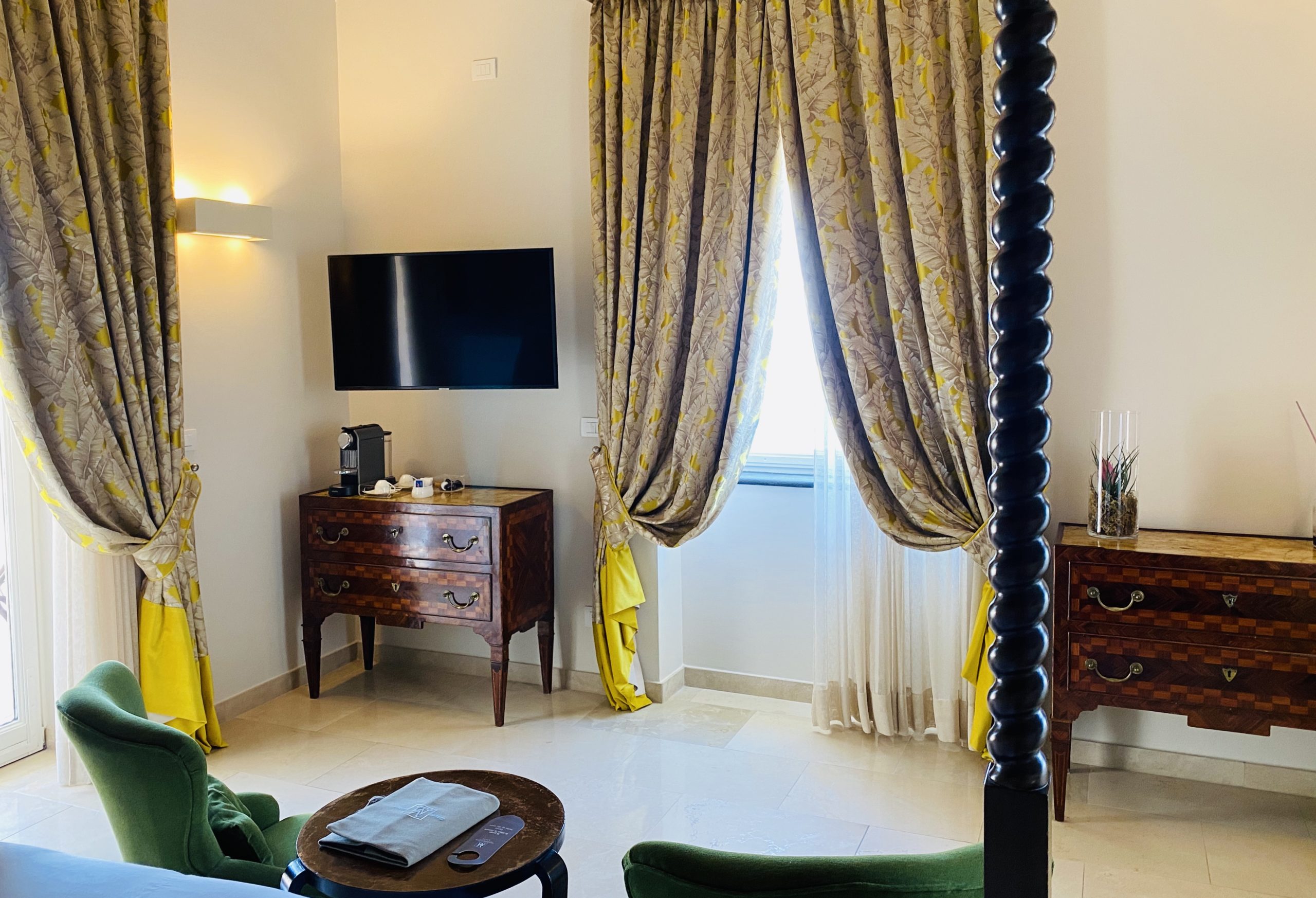 Axel Munthe, a scientist who devoted his entire life to Capri Island. We named one of our most beautiful Junior Suites Sea View after such a prominent personality. Here is is story.

Having studied in Uppsala, Sweden, Munthe moved to Paris, where he received his degree in gynaecology and obstetrics at 23. He set up here a private medical practice to become doctor to many Scandinavian artists and aristocrats.  The Swedish Royal family members among them.

However, he provided medical care to everyone, either the poor ones or the rich ones.

After a first failed marriage, Munthe got married a second time in 1907 with Hilda Pennington-Mellor, the daughter of a Scottish businessman.

He wrote numerous books, including his most famous “The Story of San Michele”. The book recounts the story of his life, bonded in many ways to his Anacapri residence. The original manuscript is today kept here.

In June 1943, as his health conditions declined, Munthe left Anacapri for good and spent the rest of his days in Stockholm, with King Gustav.

Munthe first visited Capri in 1876 when he was 19. He returned to Anacapri after the 1884 epidemic. Three years later he settled down on the island and was appointed district medical official.

Once on the island, Munthe fell in love with the scanty ruins of a mediaeval chapel dedicated to San Michele. Th chapel was surrounded by a large vineyard that concealed the ruins of a Roman villa. In order to have what was meant to be a spectacular garden built, Munthe purchased the entire mountainside. Here is also got built a number of cisterns to collect the rainwater that was needed for irrigation.

Being inspired by various architectural languages, he himself drew the plans for the villa. Working together with the local masters, he was there when various archaeological findings came to light.

Many other ancient items were purchased over the years from local farmers, so that his home became a sort of a small museum.

Unfortunately, Munthe was unable to fully enjoy his creation. In the early 1900s he started losing his sight and was forced to leave San Michele in 1913. The light was too bright so he moved to Torre Materita, which offered the scientist more favourable light conditions.

He was also an art and animal lover, as well as a philanthropist. In order to protect the flocks of migratory birds which periodically crossed the island’s skies, he decided to purchase the lot of land surrounding Monte Barbarossa, so that these winged creatures could rely on the existence of a protected area. Today, this area is part of a wonderful natural reserve.

Before his death, he wrote his wills and gave Villa San Michele, as well as all of his personal belongings, to the Swedish government.

The property is currently managed by the “San Michele Foundation” and is part of a museum visited by thousands of tourists every year.

La Bella Carmelina. When Design has a Story to Tell

Munthe Junior Suite Sea View. A design that expresses the identity of place